In a recent collaborative study under our previous ISF grant, we implemented a DCE-MRI protocol and analysis algorithm for quantifying BBBd in dogs. We found that BBBd is common in dogs with naturally occurring epilepsy of different etiologies (Fig.1). Specifically, significant BBBd was recorded in the piriform lobe from dogs with idiopathic epilepsy (IE) and was confirmed in few dogs by post-mortem histopathology (Fig.1). BBBd distribution was similar to observation in rats, where epilepsy was induced by status epilepticus. Additionally, dogs with epilepsy due to a disease known as “meningoencephalitis of unknown etiology” (MUE) had the highest brain volume with BBBd (Fig.1C & F).

Our recent results thus show the existence of an enduring vascular abnormality, which may continuously contribute to epileptogenesis and/or results from recurrent sub-clinical seizures. Fig.2 D). Similarlily, MMP9 activity was higher in the CSF of MUE and IE dogs that demonstrated BBBd, consistent with immunofluorescent findings in dogs (Fig. 2 E-G) and molecular data in rodents. These results highlight the potential use of MMP9 activity as a biomarker for BBBd in dogs.

Following DCE-MRI we plan to test the role of telmisartan in repairing BBBd and improving outcome of dogs with MUE or CIIE. We chose telmisartan, as similar to losartan, since it is an approved, safe anti-hypertensive treatment in dogs, that was shown to suppress TGF-β signaling. Our preliminary results in an open-label trial where telmisartan (1mg/kg twice a day) was administered as an add-on anti-epileptic drug in seven dogs with CIIE, revealed that four dogs experienced a remarkable >50% (additional dog >40%) reduction in seizure frequency. No adverse effect was recorded in any of these 7 dogs (Fig. 3).

EEG is a valuable diagnostic aid in confirming the diagnosis of epilepsy in dogs, with findings similar to those reported in humans. The most common reported EEG abnormalities in dogs with epilepsy are focal low frequency patterns without spikes (48%), followed by focal epileptiform activity (22%) and generalized epileptiform activity (17%). We anticipate  that epileptiform activity pattern will be identified in 50-70% of the dogs, will be localized to brain hemisphere with BBBd, and will be normalize together with BBBd normalization during treatment. 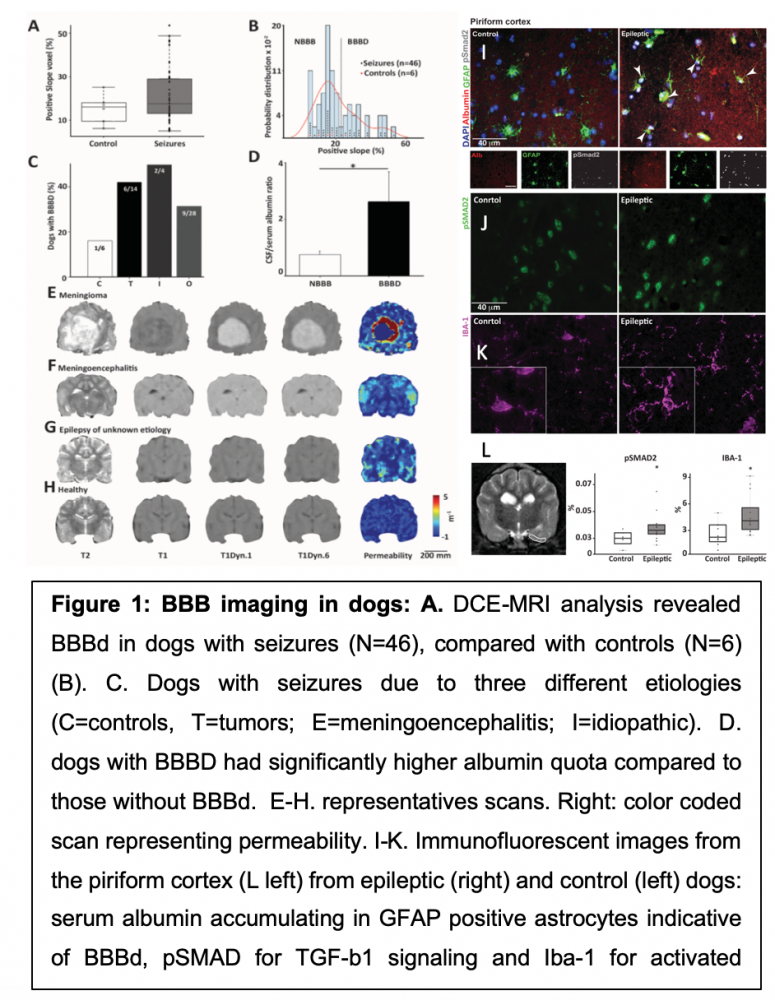 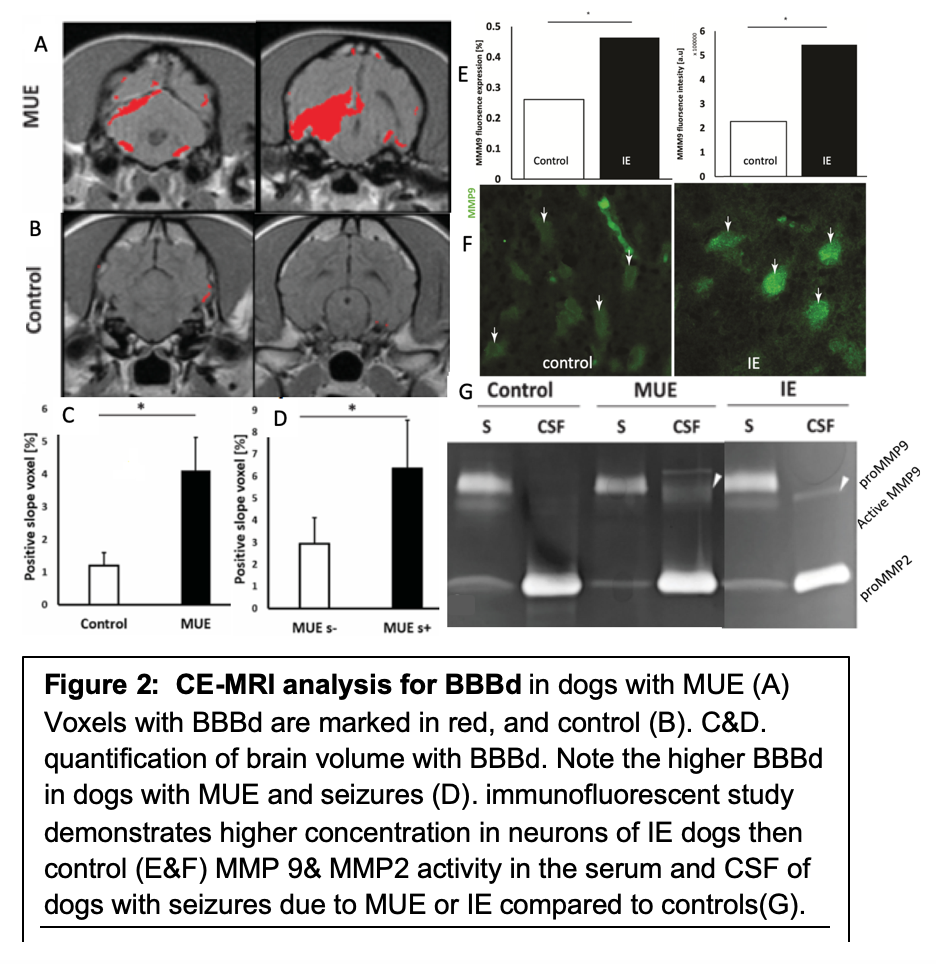 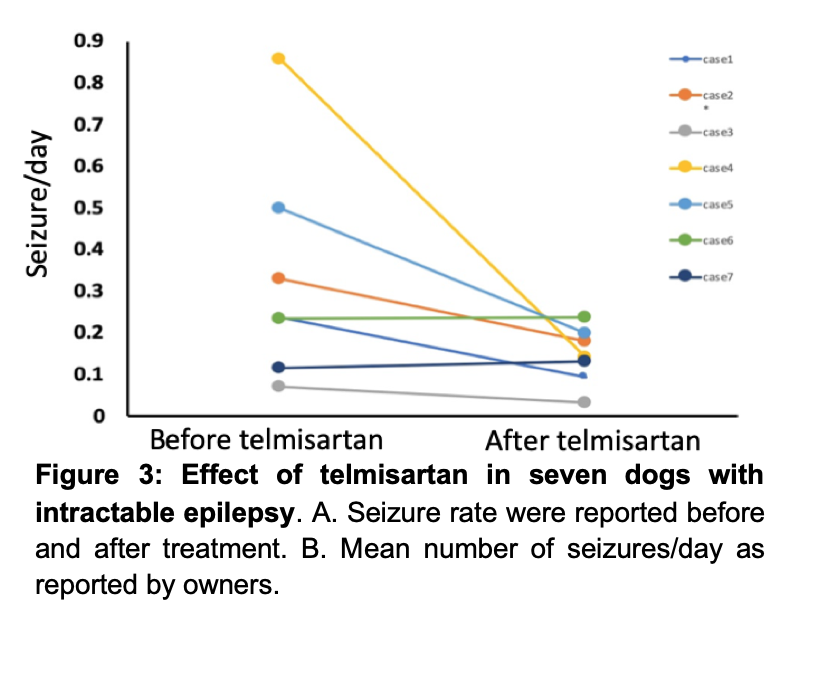