Neurocysticercosis (NCC) is the most common cause of adult acquired epilepsy worldwide. Knowledge on why some NCC patients develop severe symptoms including seizures, while others remain asymptomatic is lacking. Inflammatory responses to degenerating cysticerci and in later stage calcified parasite granulomas have been associated with seizures. Other mechanisms may also be involved in epileptogenesis, however these still need to be elucidated. Recent observations of seizures in pigs with NCC by C. Trevisan offer a unique opportunity to use the pig as a model to develop a better understanding of the mechanisms of seizures and long-term immunopathogenesis of NCC.

During the last decade, the role of BBB dysfunction in the induction of epilepsy and delayed neuronal damage has been established (Fig. 1). One hypothesis for the genesis of seizures and epilepsy in NCC centres on blood-brain barrier (BBB) pathology and inflammation. This hypothesis suggests that host inflammation directed to degenerating cysts causes abnormal vascular permeability as well as neuronal dysfunction resulting in increased cortical excitability and acute seizures. How these acute effects lead to the development of a chronic, focal epileptic disorder, a common consequence of NCC, are still unclear.

BBB dysfunction was discovered to play a key role in neuroinflammation and consequent reorganization of the neuro-vascular network that occurs following injury and before epileptic activity develops, a period termed epileptogenesis.  Using rodent models it was shown that BBB dysfunction is sufficient to induce epileptogenesis. These findings were supported by experimental data from many groups, showing that BBB dysfunction promotes seizure generation, delayed brain damage, epilepsy and a myriad of neurological pathologies. It was shown that albumin leaking through the injured microvessels binds to ALK5 transforming growth factor beta (TGFβ) receptors on astrocytes, leading to Smad2/3 phosphorylation and a characteristic transcriptional response, dysfunction of astrocytes, inflammation, down-regulation of inhibitory synaptic transmission and excitatory synaptogenesis. These results highlight BBB dysfunction and specifically the extravasation of serum albumin, as potential targets for the prevention of post-injury neuro-psychiatric complications.

In a previous study with pigs that developed seizures, the pigs were older and had a large number of brain cysticerci compared to those that did not develop seizures. Cysticerci degeneration and on‐going immune‐inflammatory reactions occurring with age are in line with what has been observed in human NCC studies.  However, in-depth knowledge on why some animals developed clinical signs due to NCC and others do not is still lacking. These seizures observations combined with the fact that the pig is the natural intermediate host for T. solium, closely resembles the human pathology. Moreover, the pig’s cytokine profiles resemble to a higher degree the profiles found in patients with NCC which together makes the pig a promising model and opens up more experimental pathways to explore immunopathogenesis of human NCC.

Our group investigate the epileptogenic role of albumin leakage through the disrupted BBB in pigs naturally infected with T. solium. We further evaluate the TGFβ signaling pathway in infected, seizuring and non-seizuring pigs, and highlight morphological and biochemical differences in brain specimens of these pigs and healthy controls characterizing the effect of neuro-inflammation on astrocytes, microglia and neurons.  Some of our preliminary results showed alternate pSMAD 2/3 localization within neurons and astrocytes as part of the tissue response to local inflammation. These changes were more pronounced in cells from infected pigs demonstrating seizures than infected non-seizuring and control pigs. 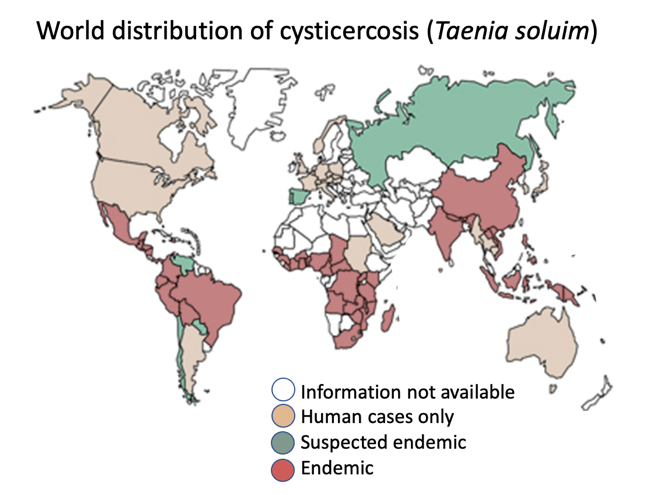 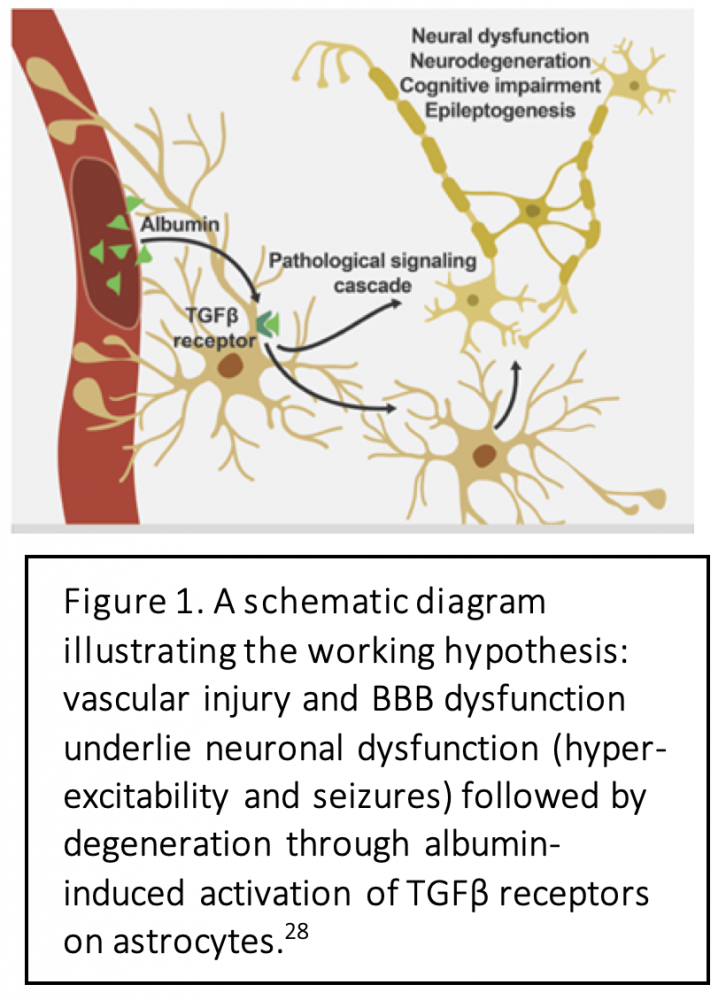 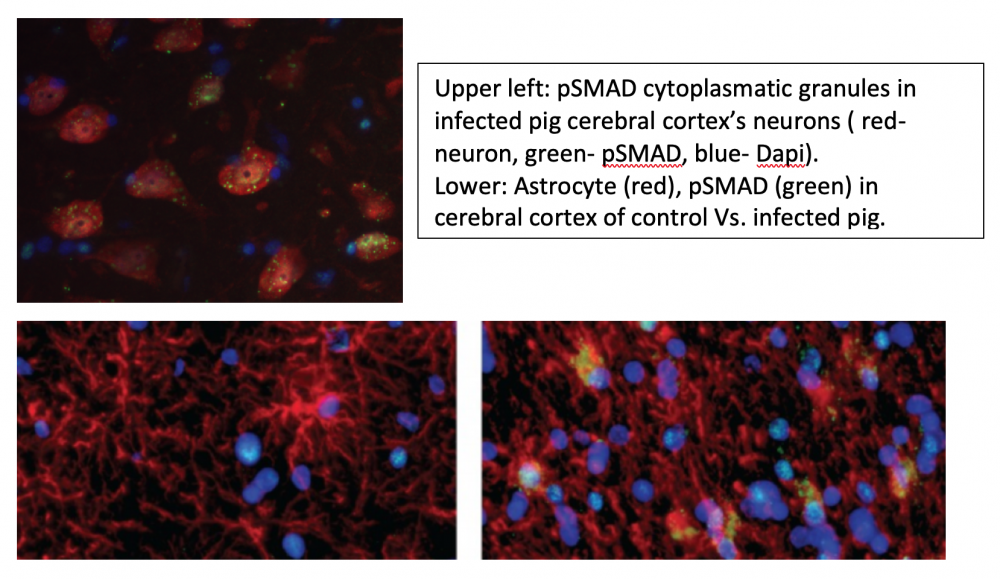