The role of microvascular pathology (specifically blood-brain barrier dysfunction - BBBD) in the pathogenesis of epilepsy and cognitive decline in laboratory rodents was described in multitude of experimental studies.  The mechanism involves the leak of albumin through disrupted BBB leading to an inflammatory transforming growth factor beta (TGFβ) signaling in astrocytes that underlies neuronal hyper-excitability and neurodegeneration. Evidence from epileptic dogs and humans support that the proposed mechanism has been conserved through mammalian evolution.

We are interested in finding evidences of neuroinflammation and BBB dysfunction in brain specimens of affected sea lions. Moreover, we analyze MRI images obtained on sea lions that are stranded with seizures using our inhouse subtraction enhancement algorithms for detecting BBB dysfunction.

With the aim to further explore the pathway by which chronic sub clinical exposure to DA causes cognitive disfunction and possible long-term epilepsy, we, in collaboration with Prof. Friedman’s lab in Ben-Gurion university, are establishing a rodent model for such an exposure using rats. These rats were exposed to subclinical doses of DA via intraperitoneal sustained release pumps during a week and were monitored for additional 4-6 months. We have recorded their behavior, cognitive function, EEG and MRI. MRI are analyzed using both DCE and SEA analyzes for the detection of BBB dysfunction. 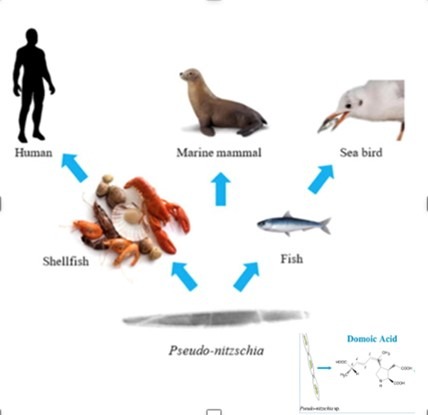 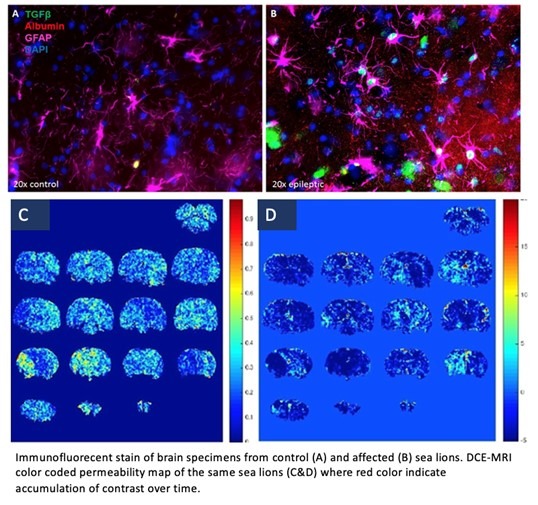 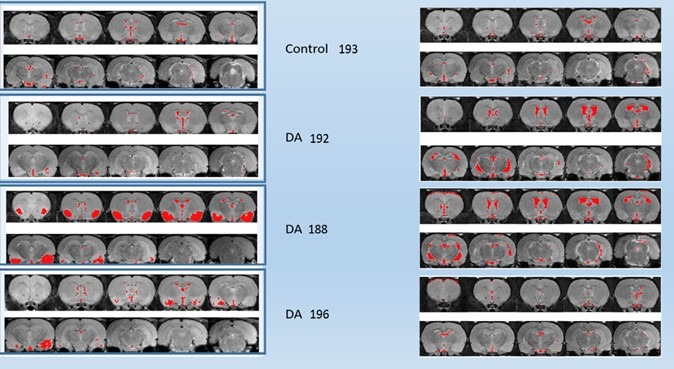